ReadeLab™ was formed in 2011, in response to a love of literature and the visual arts. Through ReadeLab, Justin Reade Sarno has found a platform to express his enduring passion for photography, art, poetry, and jurisprudence. Justin captures his personal photographic adventures and shares them on Instagram (@justinreade) with approximately 45,000 followers.  Additionally, Justin maintains a secondary Instagram account (@readelab) devoted to original Shakespearean sonnets.

After receiving a B.A. in English Literature in 2000 from UCLA, Justin authored a novel entitled “The Laureate,” a continuing sonnet cycle entitled the “ReadeLab Sonnet Project,” and numerous motion picture length screenplays.

As a licensed attorney in the state of California for the law firm of Carpenter, Rothans & Dumont, Justin represents cities, school districts, and municipal agencies. He has argued before the California Supreme Court, the Ninth District Court of Appeals, and all appellate courts in the Second and Fourth Districts. Further, he was named a Super Lawyer “Rising Star” by Super Lawyers Magazine and Thompson Reuters, from 2012 to 2016. In his “free time,” when not curating ReadeLab, he is a loving dad of two, and a tennis enthusiast.

For inquiries, Justin can be contacted at: justin@readelab.com 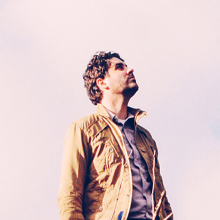